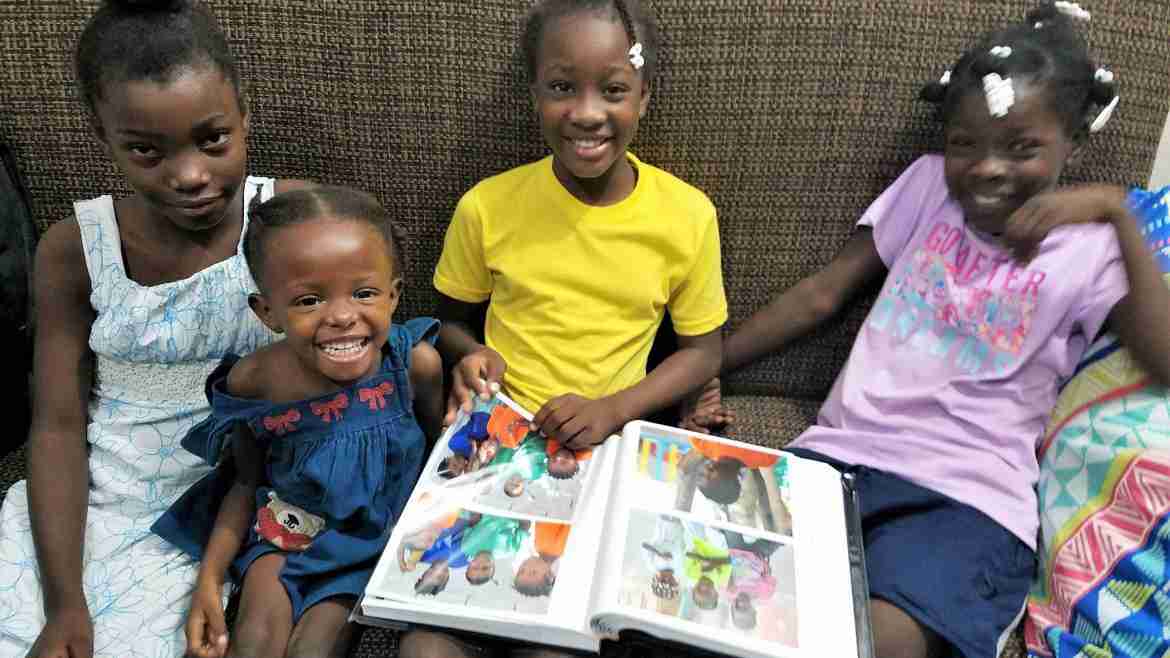 I was really surprised to learn on Wednesday night that the kids are learning English at the Adventist school. I should have known when Sabine greeted me upon my arrival by saying, “Good afternoon, Papa Gerry.” Later, when Naïve entered my office, she said, “Good evening, Dad.” After doing a drawing, Naïve said, “Close your eyes, Dad.” After placing the drawing in front of me, she said, “Open your eyes.” Just before Naïve and Bency went to bed, Naïve showed me her English book. It may have been a ploy to stay up later, as she had me doing English exercises for 15 minutes…during which there was lots of laughter.