Yesterday afternoon we had showers that forced all the kids indoors. The seven that live on the second floor were joined by two other kids. From their point of view, my bigger office meant more kids could use it a playground. I was trying to catch up on e-mail correspondence, but the noise and general chaos made progress very slow. Of course, they all became hungry. So, off to the kitchen to make sandwiches. At McGerry’s, special orders do upset us…but not that much. Some want toasted Arab bread, some want Haitian rolls, some want whole wheat bread from the States. 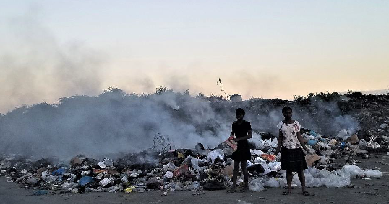