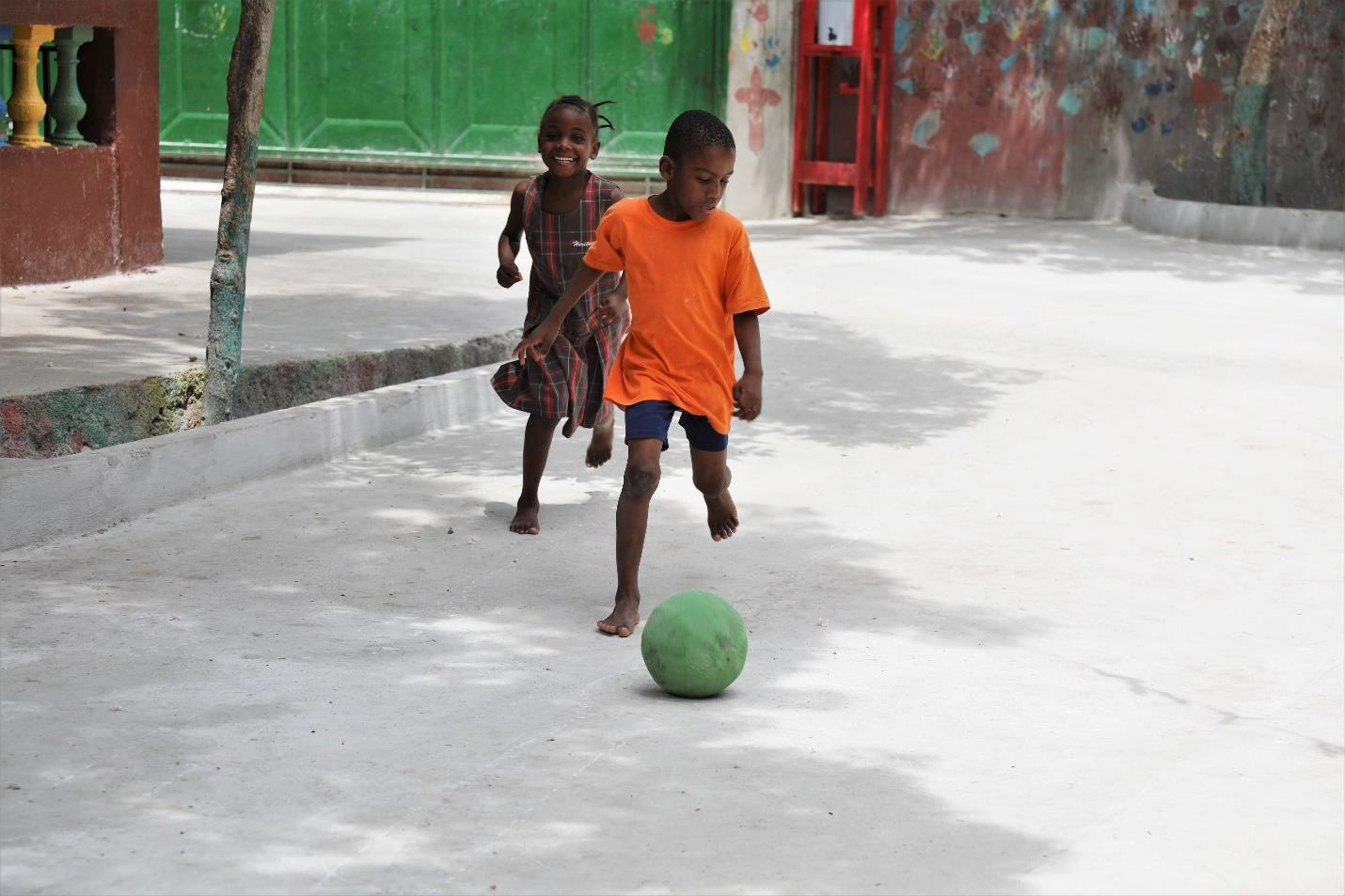 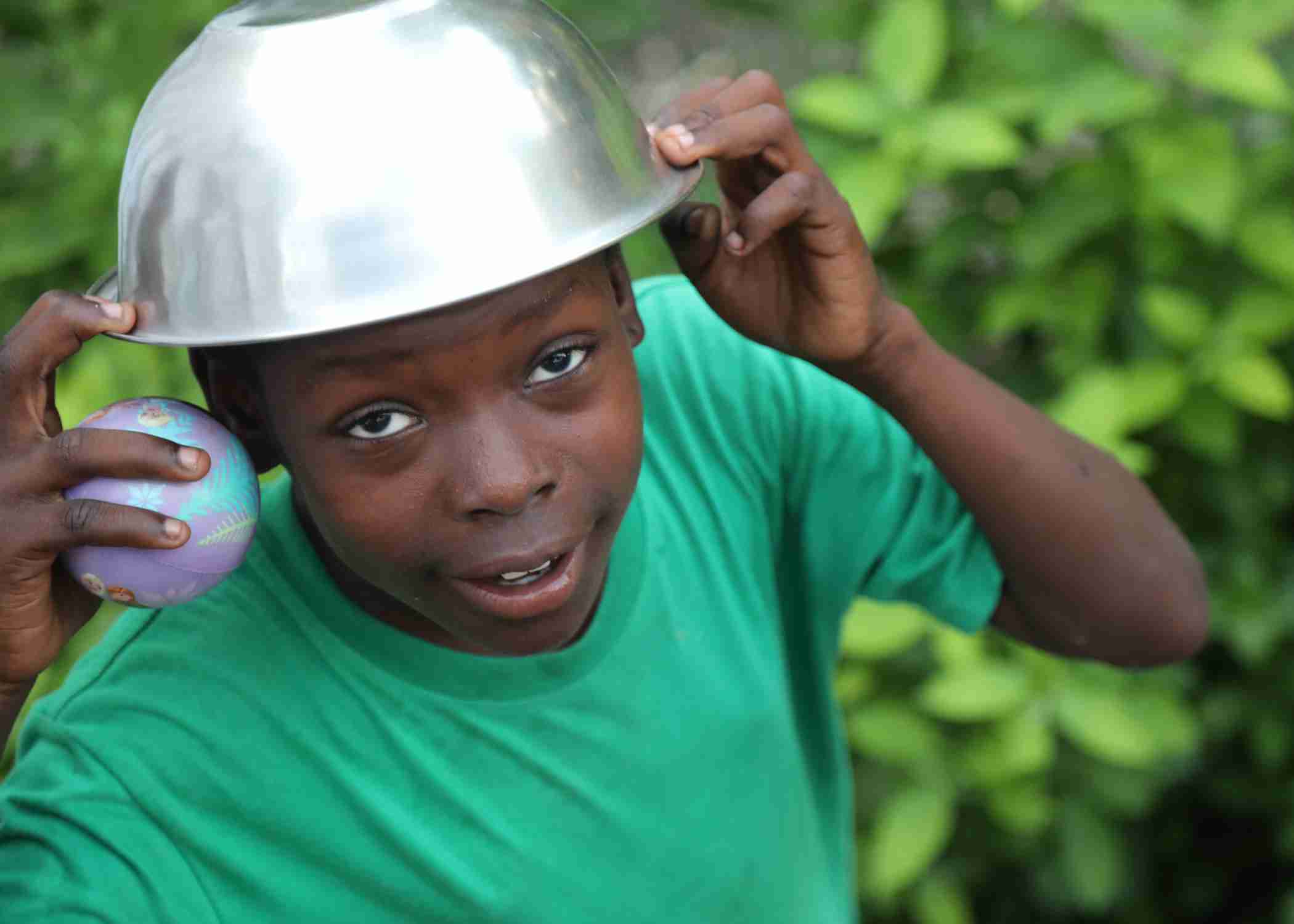 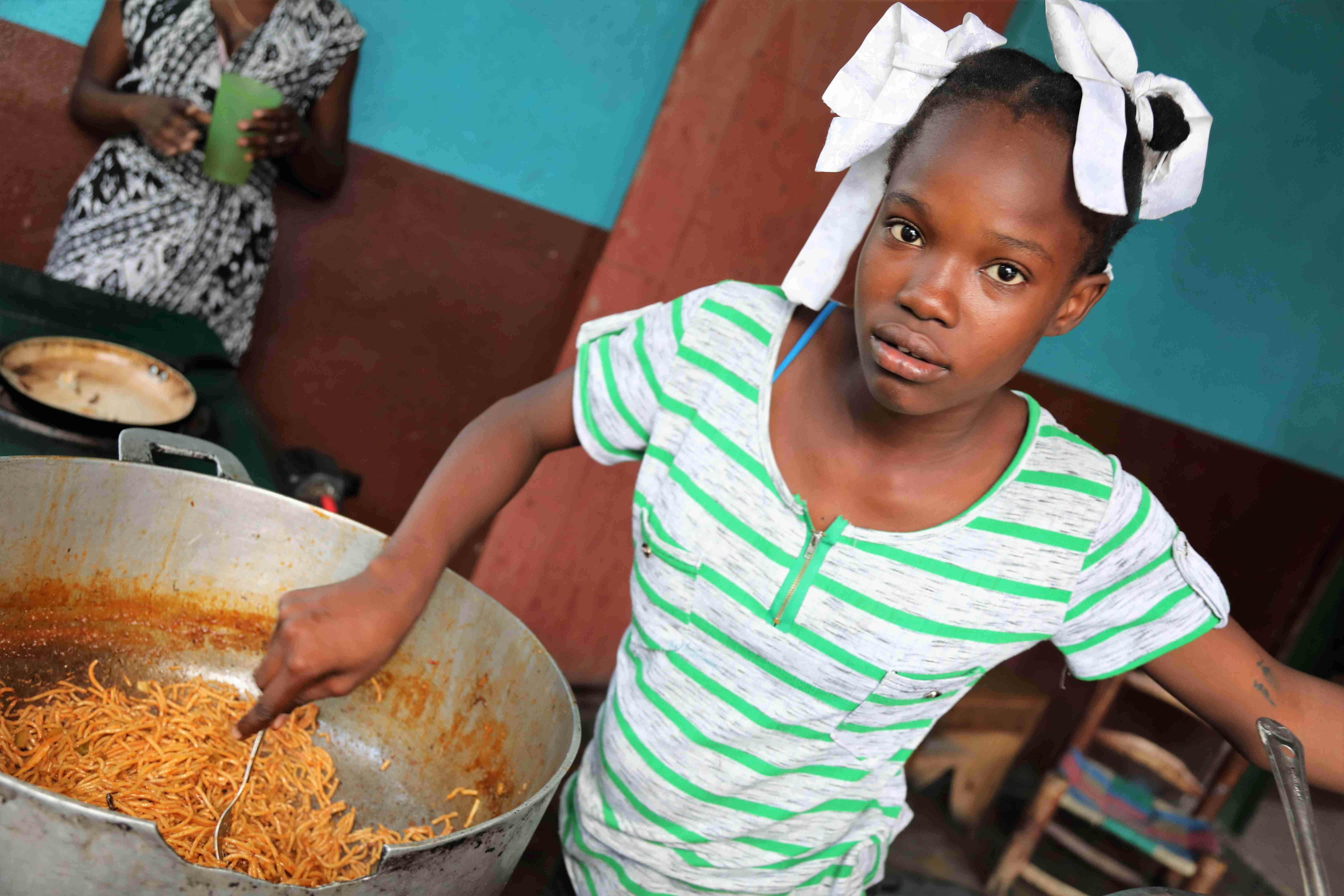 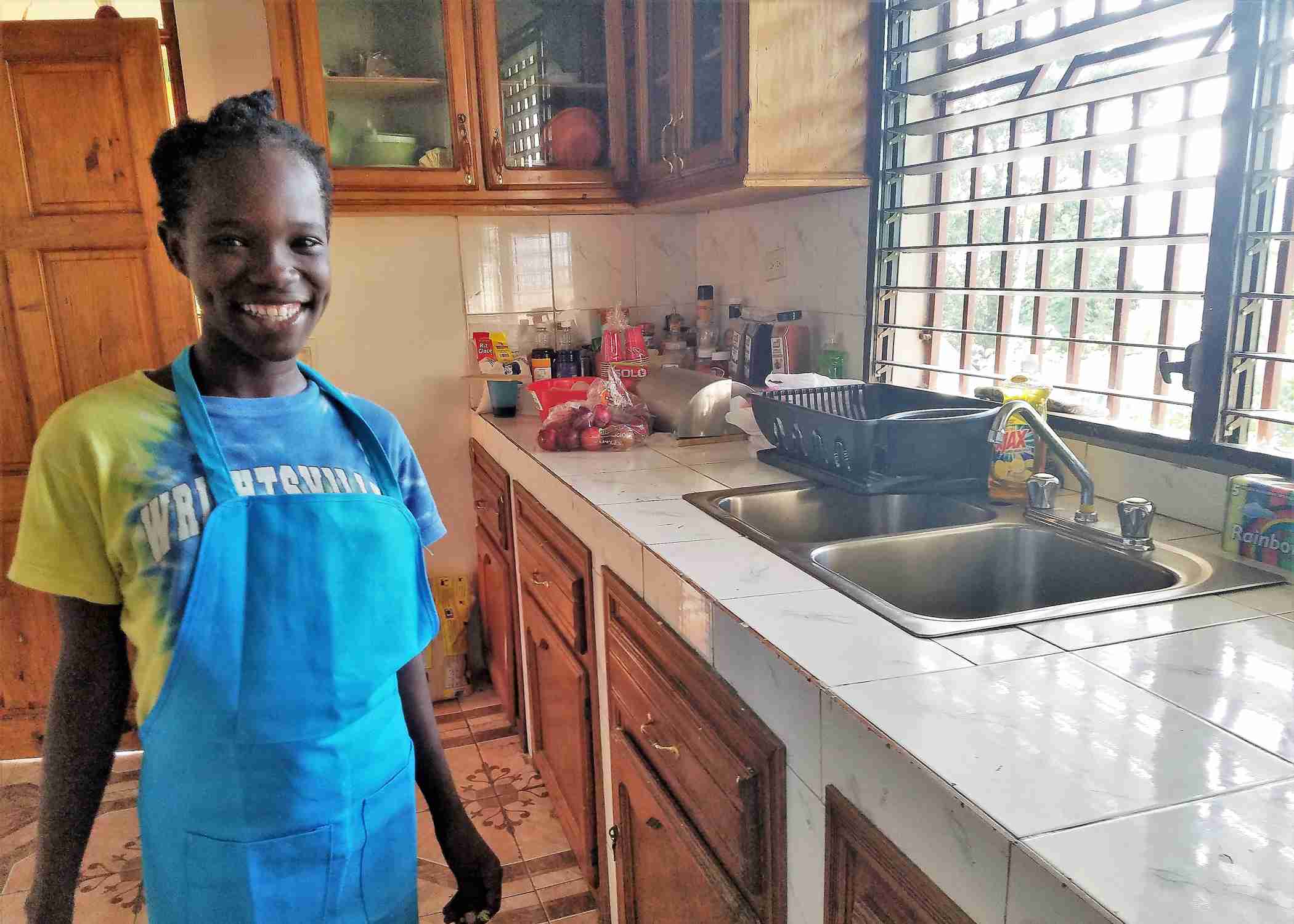 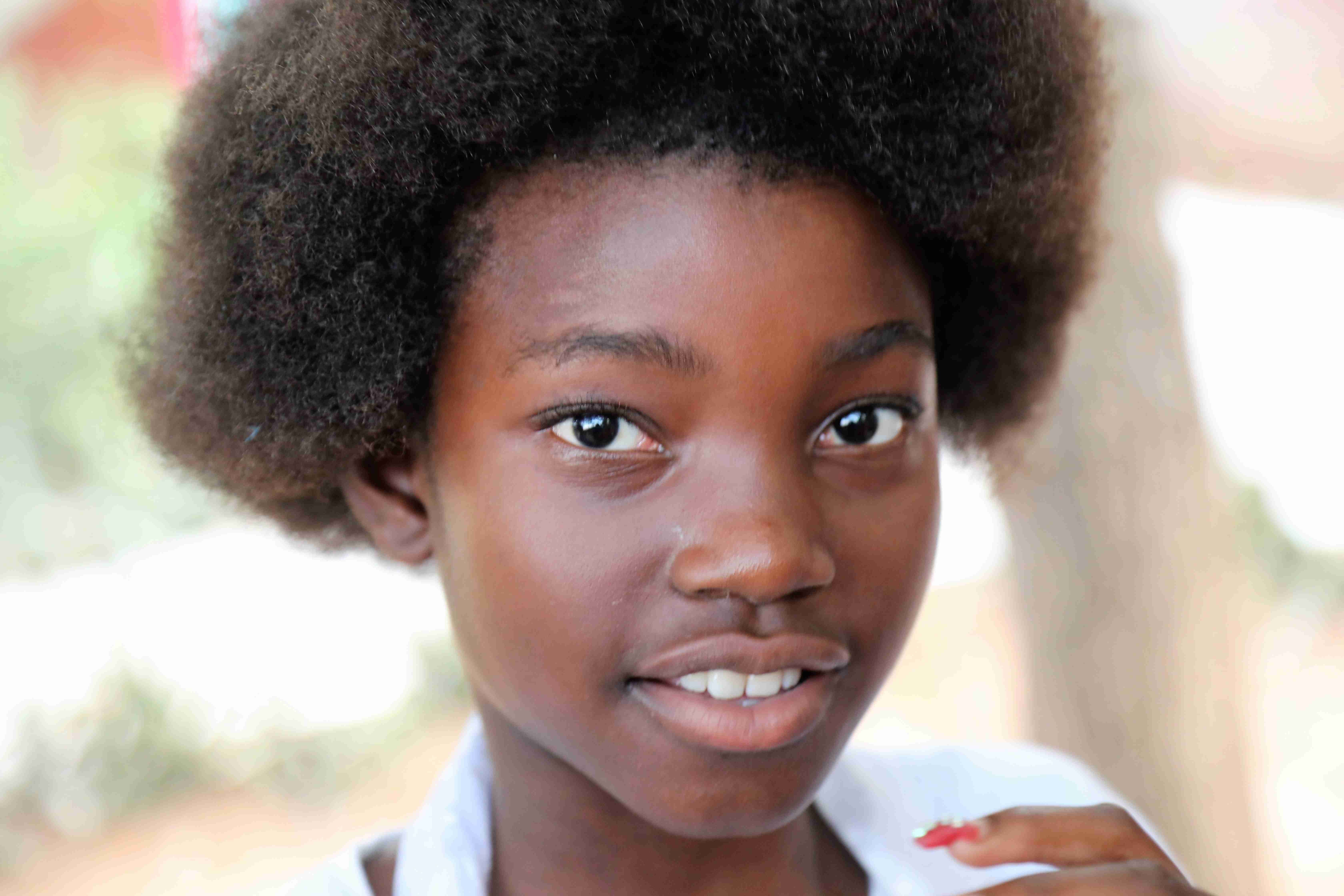 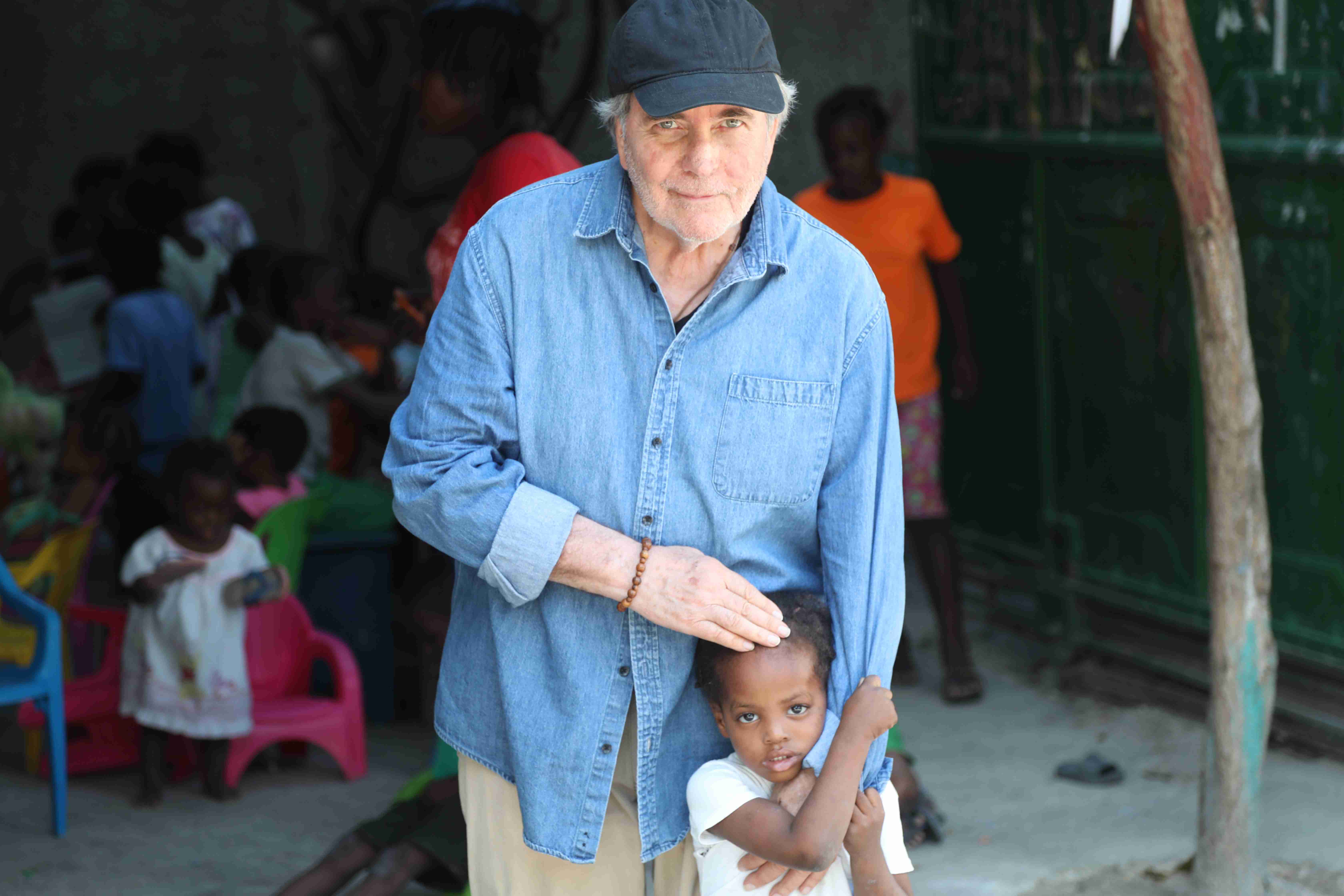 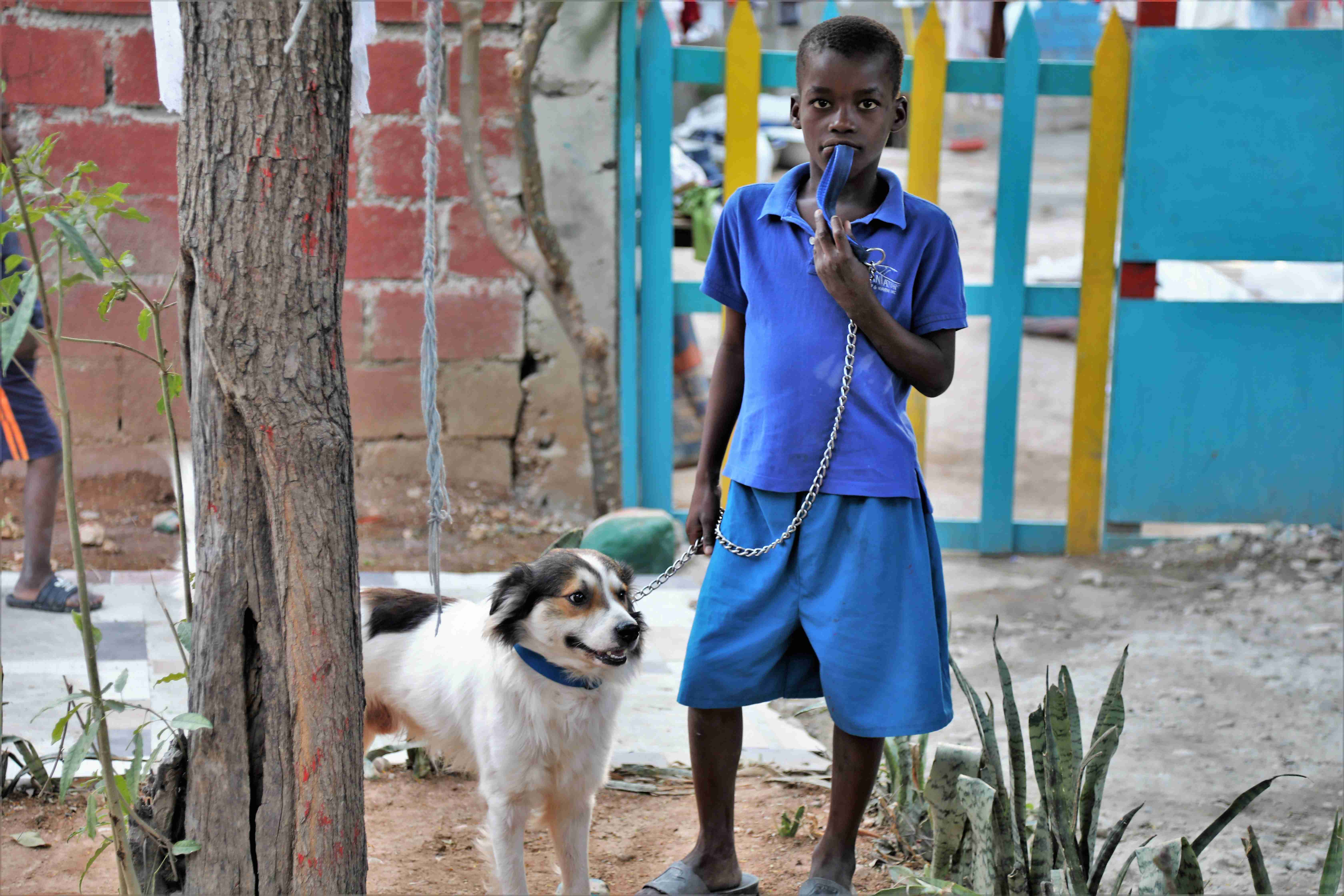 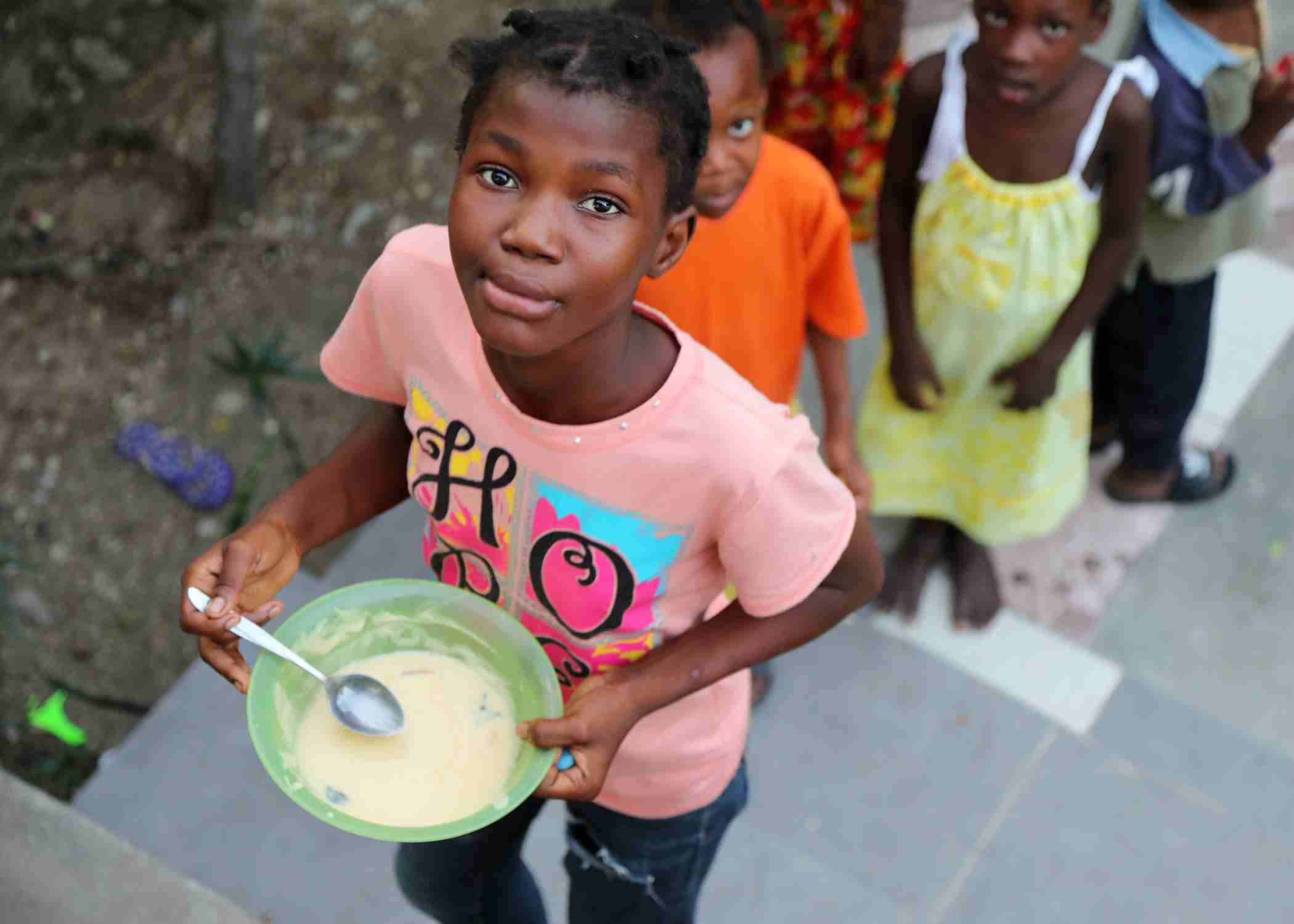 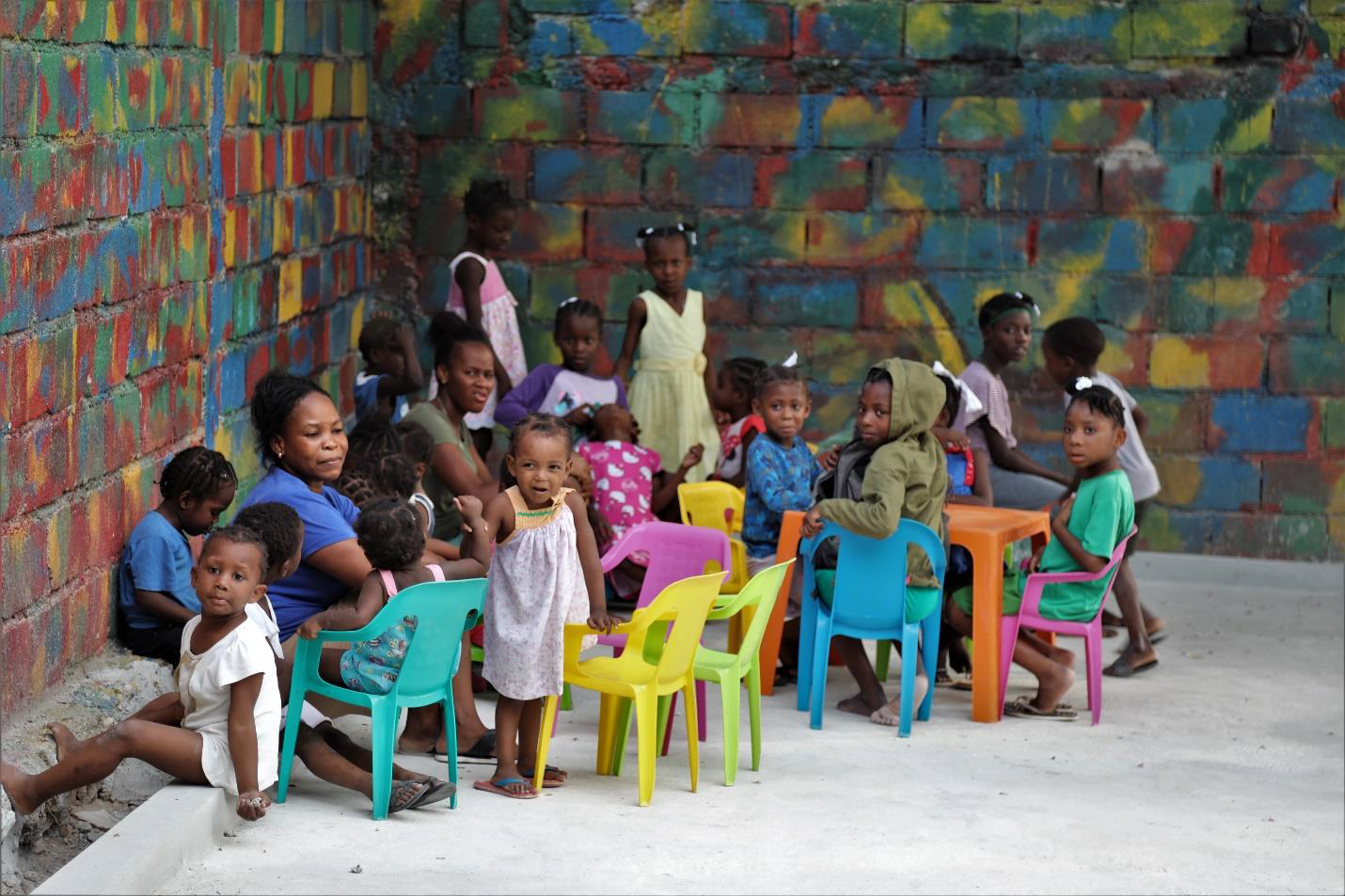 Pope Francis said: “I see the church as a field hospital after battle.” In our humble, very limited way, the Santa Chiara Children’s Center in Haiti is a kind of field hospital for kids. We currently (3/16/19) have 72 children living with us; 24 of the children are still in diapers. Our children range in age from 11 months to 14 years; 52 are girls, 20 are boys. It is challenging and exhausting work. Our kids come to us weary from their battle with extreme poverty, constant hunger, emotional neglect, and often physical abuse. They come wounded in many ways. The 2nd youngest member of our community of the weak was only two days old when we found him in a garbage dump where his distressed mother had left him. Often the kids who are brought to us have stories of unthinkable abuse at the hands of their parents, and they have the physical and emotional scars that come from brutal beatings. One child was brought to us on the verge of starvation; she was virtually skin and bones; and to further complicate her recovery, she was also HIV+. We cover all the medical costs associated with keeping the kids healthy, this includes needed surgeries and hospitalization for pneumonia and tuberculosis. When there is no room in the public hospitals in our area, we send the children to a private hospital. We have a pediatrician who treats the children for free in her office. Early in 2018, we opened a small medical clinic staffed by three part-time nurses and a doctor who comes one day a week.

Our kids not only come to us hungry and often very sick, but many also come bearing deep psychological wounds and feel a deep sense of isolation and abandonment. The most important thing we can do is offer them a genuine embrace of love. Then, step by step, we feed them, clothe them, tend to their medical needs, offer them an education, and give them a chance to feel what it is like to live in a place where verbal and physical violence is strictly forbidden. For the first time in their lives, the kids feel safe and wanted. Twenty-four of our kids attend a private school; we cover the cost of the school fees, books, and uniforms. In the summer of 2017, we built a simple, one-room schoolhouse to accommodate the kids who are unable to attend an external school because they have never been to school and can’t even read or write. We have three teachers on staff, two for the older children, and one teaches kindergarten. We also have a tutor who works with kids on the weekends.

We have a vibrant arts and crafts program in which we teach the kids to sew and make jewelry. The children are learning to make their own clothing. We have a staff of 44 Haitians, including a mechanic who keeps our 20-year-old car running. Our kitchen staff serves the children three nutritious meals a day, including a healthy helping of fresh fruit. Some staff members are actually parents of children living at the Center. Over the years, some of our children have been reunited with their parents when the parents’ living conditions had stabilized. Family reunification is a goal. Among the first kids to live with us were three children of a homeless woman. The kids were with us for over two years and the mother joined our staff. Eventually, the woman was able to get her own apartment and the three children now live with her. The woman still works at the Center. The oldest daughter, who is now 16 years old, volunteers on weekends to help out with the toddlers.

We are located in a desperately poor area where few of our neighbors have indoor plumbing and the electrical power is out for many hours a day. The Center has solar power and a diesel generator so we are off the dysfunctional Haitian energy grid. No one in our impoverished neighborhood has running water. There are no paved roads. We’re surrounded by dreadful, violent slums where many of our kids once lived. Our kids have a hunger to be loved and to belong. The have been mistreated and abandoned. They are now loved and they know they belong to the community of Santa Chiara, where they feel safe and secure, a place where they can just be kids without worry or fear.

In May 2019, we completed four years of serving poor kids in Port-au-Prince. It is deeply rewarding to be part of transforming the lives of all the children living in our home as we give them the space to just be children. We’re teaching the kids to respect each other and to live in peace and harmony while caring for the weakest among them. We do not tolerate fighting or bullying in any form. We have plans to build a girl’s dormitory to relieve our over-crowded condition and to ensure each child has his or her own bed. We also hope to build a kindergarten for all our toddlers. Early in 2019, we hired a part-time social worker, and a part-time guidance counselor.

Our home is named in honor of St. Clare of Assisi. In her native Italian, she is known as Santa Chiara. Regrettably, most people don’t know much about this amazing woman who was the most fervent and loyal follower of St. Francis of Assisi. No one captured the heart and spirit of St. Francis’ message more than St. Clare, and no one ever came closer in following or reaching the Franciscan ideal than she. She has been called “the flower of the Franciscan Order.” St. Clare understood St. Francis better and loved him more than anyone else. She was, in short, his soulmate. She died fighting to keep his dream alive. As a Franciscan ministry, we strive to walk in the footsteps of St. Francis of Assisi, to be instruments of peace and mercy.

The improbable story
of how a filmmaker and an artist
left their comfortable lives in California
to open a free day care center for children
in the poorest nation in the western hemisphere.