I hope two days of bus demolition photos weren’t too boring. Removing that bus was a very significant event in the life of Santa Chiara. It had dominated so much space. I wanted to give the kids more room to play.

But there is even a more important reason for spending $800 to have the bus cut up and removed. The first floor of the main house is overcrowded. There are just too many kids. We alleviated some of the crowdedness when we moved the boys into the schoolhouse at night, giving the girls more room to spread out. We have 47 girls and 15 boys. My plan is to use part of the space the bus occupied on which to build a dorm for the girls between the ages of 10 and 15. I hope to put bunk beds in the dorm. When I get back to Florida we will start working on a solid estimate of the cost to undertake this important project.

On Monday, I had my car repaired. On Tuesday, I went to doctor to check out my lungs. Perhaps I had my priorities wrong. But brakes are important, as are lungs.

When I went to the doctor in connection with my breathing woes, chronic coughing, and almost constant spitting up mucus, he immediately sent me out to a lab for a chest X-ray. For the last week, I had a hard time sleeping because of the coughing, and the diminished lung capacity has left me very tired. The last thing I wanted to do was go to a radiology center. But it was painless and quick. The lab had the results back to the doctor before I got back to the doctor’s office. There is absolutely nothing wrong with my lungs. There is no evidence of any disease or abnormality. The lungs are in good shape. The problem is with the airway, which is extremely constricted, which is why my wheezing so prevalent. The constricted airway is manufacturing excessive amounts of mucus. The problem is directly tied to the toxic air in Haiti.

The doctor then gave me a breathing test. The last reading, from the beginning of February, indicated I was using only about 57% of my lung capacity, which meant I was effectively handicapped. The number improved slightly, and is now 64% of capacity. The reason the constricted airway did not improve while I was in Haiti was that I was not following the medication protocol as faithfully as I should have. I also was supposed to take one of the two medications through the nebulizer more than the other. I somehow did the opposite. I had to buy additional medication and get a second nebulizer as I left the one I had in Haiti. The need to take the two medications more frequently than originally instructed. I was also give a medication in a pill form which should help. The doctor believes that if I take the medication as instructed, which is twice as much as originally instructed, for one week, I should see a dramatic improvement. After a week, when I am back in Haiti, I can cut the amount of medication in half. So, with the fresh Florida air and rest, I should be in good shape to return to Haiti next Tuesday. 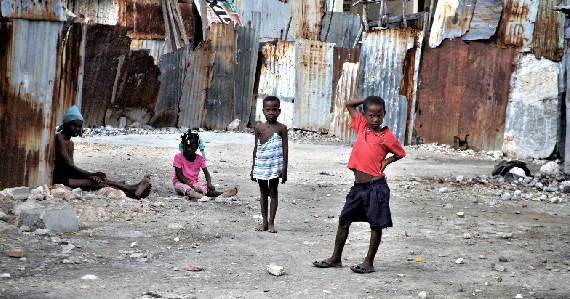 The Road to Holiness

A Tabernacle of God

On the Road Again